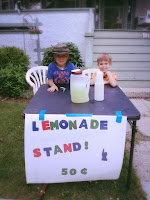 A few weeks ago, I published a post that discussed some of the major findings of a survey conducted by Target Marketing magazine regarding the marketing practices of small and mid-size companies. Recently, Clutch (a B2B market research firm based in Washington, DC) published the results of its 2017 Small Business Digital Marketing Survey. Because these two studies addressed similar topics, I thought it would be interesting to compare and contrast their findings.

Both surveys also asked participants how their spending on specific marketing methods would change in 2017. The following table shows the percentage of respondents in each survey who said they plan to increase spending on each identified method or channel. (Note:  The Clutch survey focused exclusively on digital marketing methods.) 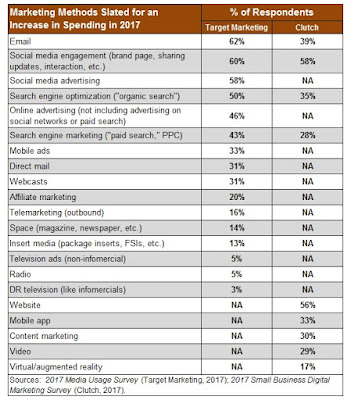