Have the Differences Between B2B and B2C Marketing Disappeared? 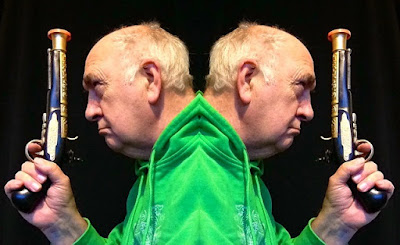 Recently, it's become popular to downplay the differences between B2B and B2C marketing. Some industry analysts and commentators have forcefully argued that all marketing should be viewed as "business-to-human," "human-to-human," or something similar.

It's certainly accurate to say that virtually all forms of marketing involve the communication of messages to human beings. It's equally true that business decision makers are also consumers, and that the attributes and preferences they have as consumers don't evaporate when they're acting in a professional capacity. But have all the meaningful differences between B2B and B2C marketing really disappeared?

The findings in two recent research reports - one by Marketo (now part of Adobe), and one by Forrester Consulting (commissioned by Adobe) - suggest that some of the lines between B2B and B2C marketing have become blurred. These two studies used different research approaches, and they emphasize different aspects of B2B and B2C marketing, but both raise issues that merit consideration.

For this study, Marketo partnered with Loudhouse, an independent research firm, to survey 910 B2B buyers and interview 305 B2B marketing professionals. All of the study participants were located in the UK, Germany, or France, and the surveyed buyers represented a range of company sizes and job functions, including IT, Finance, HR, and Operations.

The survey found that, like consumers, B2B buyers are very concerned about privacy. More than 80% of the survey respondents said it is important for their prospective vendors to be serious about protecting their business and personal data and to always conform to best practices for handling their data and sensitive information.

Marketo's survey also found that many B2B buyers, like many consumers, are placing importance on the social values and practices of the companies they do business with. The following table shows the percentage of buyer survey respondents who rated six social practices as important: 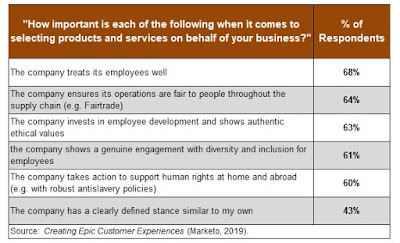 This study also revealed two other emerging similarities between business buyers and consumers. First, 30% of the surveyed buyers said they would disengage from a vendor whose values don't match their own. And second, it appears that B2B buyers, like consumers, are becoming less loyal. Forty-three percent of the surveyed buyers said they are always looking for a better deal.

The principal objective of the Forrester Consulting study was to explore the similarities between business and consumer purchase journeys. For this research, Forrester surveyed 552 B2B and B2C marketers (manager level and above) representing a wide range of industries and company sizes. Survey respondents were drawn from a total of nine countries. Because of the composition of the survey panel, this research actually captures the perceptions of marketing professionals regarding the convergence of business and consumer buying behaviors.

In the Forrester survey, marketers identified three attitudes or behaviors that business buyers and consumers share:

More specifically, Forrester asked marketers how certain elements of their customers' buying journey have changed over the past two years. The following table shows the percentage of B2B and B2C marketers who reported that these journey attributes had increased significantly or somewhat: 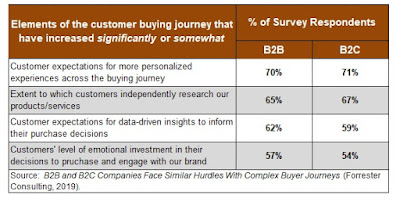 My Take
There is little doubt that the expectations and behaviors of business buyers are being influenced by their experiences as consumers. But this doesn't mean that all meaningful differences between B2B and B2C marketing have disappeared.
Most B2C marketing still involves the communication of relatively simple messages to a large or very large audience. Most B2B marketing, on the other hand, still involves the communication of more complex messages to a relatively small audience. This difference alone requires the use of different marketing strategies, channels, and tactics.

The Differences Between B2B and B2C Marketing That Still Matter