Should Marketers "Go All In" on Algorithmic Marketing? 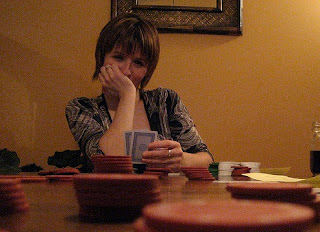 Big data, predictive analytics, and "data-driven marketing" are now among the hottest topics in marketing circles, and most thought leaders say that companies are only beginning to scratch the surface when it comes to using data and analytics to automate marketing. Some thought leaders envision a not-too-distant future where computer algorithms direct many of the interactions between companies and their customers or prospects without human intervention.

For example, in The Marketing Performance Blueprint, Paul Roetzer, the founder and CEO of PR 20/20, writes:

"Imagine an algorithm-based recommendation engine for all major marketing activities and strategies. The engine will use a potent mix of historical performance data, industry and company benchmarks, real-time analytics, and subjective human inputs, layered against business and campaign goals, to recommend actions with the greatest probabilities of success. If built or acquired by marketing technology heavyweights, these tools will add algorithmic marketing strategy to the automation mix."

In an article for Marketing Land, Mr. Roetzer expanded on his view of the future:

The support for data-driven marketing is strong and growing, and many enterprises are already using data and predictive analytics to automate some interactions with customers or prospects. I contend that marketers should approach automated algorithmic marketing with a healthy dose of caution and make sure they fully understand its limitations, as well as its potential benefits.

One important limitation is that algorithmic marketing relies mostly on behavioral data. Virtually all of the data about customers and prospects that falls under the rubric of "big data" is data describing behaviors and actions - the digital footprints that we leave behind as we use digital devices and channels to consume or exchange information. As I wrote in an earlier post, the problem with behavioral data is that it can tell us what someone has done (and often when and where he or she did it), but behavioral data alone doesn't tell us why someone took a particular action or behaved in a particular way. In many cases, behavioral data reveals little about customer attitudes and motivations, and these factors play a huge role in successful marketing.

The McNamara Fallacy was named for Robert McNamara, the US Secretary of Defense during the early stages of the Vietnam War, and it relates to his approach to managing the war effort. The term was coined by the noted social scientist Daniel Yankelovich, who expressed it in the following terms:

Like all humans, we marketers have a strong tendency to base our decisions on the evidence that's easily available to us, and we tend to ignore the issue of what evidence may be missing. Psychologist Daniel Kahneman has a great way to describe this powerful human tendency. He uses the acronym WYSIATI, which stands for what you see is all there is. My point here is that it can become easy for us to believe that the data we can track, collect, and analyze is the only thing that matters, and therefore that predictions and recommendations based on that data are inevitably correct. But, it's just not that simple or straight forward.

I'm not arguing that marketers should ignore or avoid using big data, predictive analytics, and algorithmic marketing. These tools can be immensely powerful,so the key is to use them wisely and to remember that they're neither complete nor perfect.

This summer, Starfleet Media published The 2015 Benchmark Report on B2B Content Marketing and Lead Generation. The Starfleet report is based on a survey of high- and mid-level marketing and sales professionals that was conducted in the second quarter of this year.

In many ways, the findings of the Starfleet survey echo the results of research from several other firms. For example:


The Starfleet survey also revealed a few incongruities that are worth noting. For example, 90% of survey respondents agree or strongly agree that unbiased third-party content is generally perceived as more credible than company-branded content, while 83% agree or strongly agree that third-party content generally produces higher-quality leads. However, only 38% of respondents said their company had used research reports licensed from third parties during the past twelve months.

Starfleet also found a significant disparity in the number of content assets that companies create or use. According to the report, software providers produced or licensed an average of eight new content assets over the past twelve months, while the average for all other types of companies was only 3.5 content assets.

Illustration courtesy of Flickr CC and TopRank Online Marketing
Posted by G. David Dodd at 7:31 AM No comments:

There's No Such Thing as "No Decision"

B2B companies that track the performance of their demand generation efforts often categorize the outcomes of potential deals as wins, losses, or no decisions. In many cases, no decision is a catch-all category that is used for all potential deals that aren't successfully closed or lost to a competitor.

Research has shown that no decisions occur frequently. For example, the 2015 Sales Performance Optimization survey by CSO Insights found that between 20% and 28% of forecast deals result in no decisions. In this research, the term forecast deals referred to sales opportunities that were sufficiently "ripe" to be included in revenue projections for a specific fiscal period. Sales Benchmark Index takes a broader view of the issue and has estimated that 58% of the typical sales pipeline will stall or result in no decision.

There are two fundamental problems with the won-lost-no decision framework, one of which is that the no decision label is inaccurate 100% of the time. When a prospective customer does not buy (either from you or from a competitor), the prospect is making a choice to either remain with the status quo, or use internal resources to "fix" the status quo in some way. Whichever the case, the prospect has made a decision, and we need to evaluate the outcome accordingly. Calling this outcome a no decision can easily lead us to view the cause of the outcome as simple inaction.

The second problem with the no decision label is that it is too generic to inform marketing and sales leaders what really caused a prospect to opt for the status quo. This is important information because it enables us to identify the causes that we can affect and to separate those from the causes that are beyond our control.

For example, a prospective customer may choose to stick with the status quo because your offering and those of your competitors don't provide enough value to justify making a change. If you're experiencing a significant number of these outcomes, it's likely that you're targeting the wrong prospects or that your lead qualification process isn't revealing the "lack of fit" as quickly as it should.

Or, you may have prospects that decide to remain with the status quo because they don't recognize the real value that your solution would deliver. In this case, your marketing content and/or your selling process may not be adequately communicating value to your prospective customers.

In both of these scenarios, you can reduce the number of what are typically called no decisions, either by using a better definition of your target market or a more rigorous lead qualification process, or by improving your ability to communicate the value that your solution will provide.

In other cases, prospective customers may decide to stick with the status quo because of events or circumstances that are beyond your control. Some examples would include:


To improve demand generation performance, you need to know why you win or lose, whether the loss is to a competing company or to the status quo. To gain this understanding, we need to recognize that there's really no such thing as no decision.

Illustration courtesy of Flickr CC and Dan Moyle
Posted by G. David Dodd at 6:50 AM No comments:

For the past several years, marketers have been working to improve both the effectiveness and efficiency of marketing activities and programs. When it comes to content marketing, however, most of the attention has been given to the effectiveness component of the performance equation. Marketers have been primarily focused on dealing with issues like:


Because content marketing is a relatively new practice for many companies, it's understandable that marketers have concentrated mainly on making their content marketing effective, and have been somewhat less concerned about content marketing efficiency. Doing the right things should take priority over doing things right, particularly when the activity or process is new and the requirements for success are not fully understood.

A new research study by Gleanster and Kapost reveals the economic importance of improving the efficiency of content marketing activities and processes. The study is based on a survey of 3,408 marketing professionals in US B2B companies having 250 or more employees.