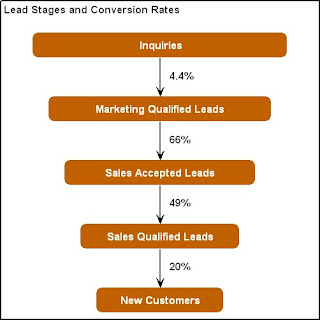 Now for the inconvenient truth. Research strongly suggests that the demand generation system in many B2B companies is horribly inefficient. Based on the conversion rates identified by SiriusDecisions, the average B2B company needs to generate 351 inquires to acquire one new customer. That equates to an overall lead-to-revenue conversion rate of only 0.3% (4.4% x 66% x 49% x 20%).﻿ 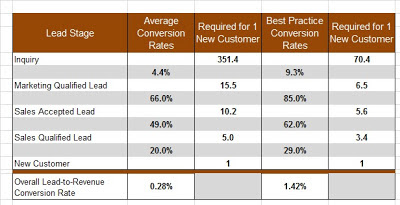 The performance of your lead-to-revenue funnel will tell you a great deal about the effectiveness of your marketing and sales efforts. So, if you aren't currently using funnel metrics, now would be a good time to start.﻿
Posted by G. David Dodd at 7:57 AM