Take Your Webinar Marketing to the Next Level 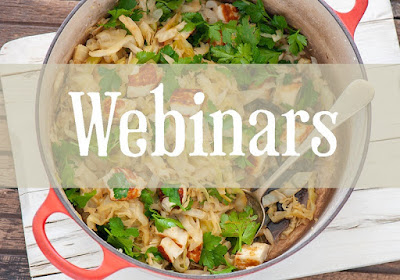 (For the past several weeks, my posts here have focused on the impact of the COVID-19 pandemic on marketing and on how marketing leaders should respond to the crisis. All fifty U.S. states have now begun the process of reopening their economies, and the job of marketing leaders is now to plan and execute marketing programs that will be effective during the recovery phase of the coronavirus saga. So, I'm returning to more "normal" B2B marketing topics beginning with this post. I'll deal with COVID-19 topics in future posts as developments warrant.)

Webinars have become an extremely popular marketing technique at many B2B companies. There is no reliable way to determine how many marketing webinars are conducted each year. ClickMeeting recently indicated that over 627,000 events were conducted on its webinar platform in 2019, but this appears to include all types of webinars, not just those used for marketing purposes.

While marketing webinars have been growing in popularity for the past several years, the COVID-19 pandemic is driving a dramatic increase in their use this year. ON24 recently reported that the number of webinars hosted on its webinar platform jumped by more than 330% in March. Virtually all in-person B2B conferences, trade shows, and other marketing events have been cancelled through the end of this year. So it's likely that 2020 will be a record-breaking year for webinars.

If you're new to webinars, or if you're looking for ways to improve your webinar marketing program, I recommend that you review four recently-published webinar "benchmark" reports:


These reports provide a wealth of information about webinar attributes and webinar marketing practices, including:
Webinar Marketing Success is Getting Harder
While it's clear that webinars are a powerful marketing tool for many companies, it's also clear that webinar marketing success is becoming more elusive. A few years ago, simply offering webinars would enable a company to stand out from the crowd. But now, the "low hanging fruit" is mostly gone, and companies will need to devote more time, energy, and money to achieve above-average performance from their webinar marketing efforts.
Successful webinar marketing has become more challenging for three reasons:
Think TV for Better Webinars
To address these challenges, marketers need to apply a dose of "outside-the-box" thinking to webinars. For example, who says that a webinar has to be an audio presentation based on a slide deck. In a webinar earlier this year, Mark Bornstein, Vice President, Content Marketing at ON24, predicted that webinars will become more like TV shows.
They will make much more use of streaming video showing the moderator and speakers. Any graphics or slides will be shown along side the video of the speaker, or the webinar will switch from the speaker video to the appropriate graphic and then back to the speaker video - just like we see on TV news programs every day.
Webinars can be structured to mimic a newscast, or a Sunday morning interview show (e.g. "Meet the Press"), or an informal talk show. The objective is to have the webinar provide a TV-like viewing experience and make it pleasant and entertaining to watch, while also providing useful information and valuable insights.

Image courtesy of jules via Flickr CC.
Posted by G. David Dodd at 2:31 AM No comments:

It's Time to Reset Marketing for the Balance of 2020 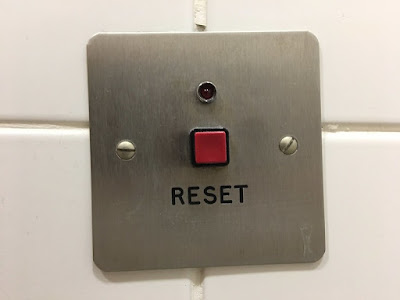 After languishing in coronavirus purgatory for the past three months, the U.S. economy is coming back to life. All fifty U.S. states have now begun the process of reopening their economies, and there are early signs that economic activity is beginning to pick up.

Data from Apple indicates that people are beginning to move around again, and the volume of debit and credit card transactions has been increasing for the past several weeks. Even the beleaguered air travel industry is showing early signs of recovery. On May 22nd, TSA screened 348,673 passengers, up from the low 87,534 passengers on April 14th.

The Economy - First Contraction, Then Growth

Most economists are still predicting that the U.S. economy will contract significantly in the second quarter of this year. For example, the Congressional Budget Office recently estimated that second quarter real GDP will shrink by 37.7% on an annualized basis.

The Pandemic Impact on Marketing

The COVID-19 pandemic has been wreaking havoc on marketing activities for the past several weeks. Numerous surveys have shown that many marketers took dramatic actions in response to the economic lockdowns and the resulting collapse in revenues. For example:


Time for a Marketing "Reset"
As we enter the last month of the second quarter, the task now facing marketing leaders is to develop a marketing plan for the second half of 2020. This is a challenging task for two reasons.
First, there is still a huge amount of uncertainty about what the economy will be like in the second half of the year. While most economists believe that the economy will begin growing again in the third quarter, there is little agreement about the shape and pace of the economic recovery. In an earlier post, I discussed how marketing leaders can use scenario planning to address this uncertainty.
Marketing planning for the second half of 2020 is also challenging because it's likely that customer needs and behaviors have changed as a result of the pandemic. Many customers will be dealing with the same issues that your company is facing - unpredictable revenues, budgetary constraints, etc. A go-to-market strategy that was working well before the pandemic may not be nearly as effective over the next few months. Therefore, it may be necessary to "reset" your marketing strategy for the balance of 2020.
Under these circumstances, the first step in your planning process should be an assessment of the core attributes of your company's go-to-market strategy. Start by asking yourself a series of questions about how your customers may have changed:
Once you have answered these customer-related questions, you should assess how those answers should affect your business and marketing strategy and tactics. Again, ask yourself a series of questions:
Many marketing thought leaders are now arguing that the COVID-19 pandemic will result in substantial, long-lasting changes in the behaviors and preferences of both consumers and business buyers. Time will tell whether this view is accurate. There is little doubt, however, that economic realities will require many companies to "reset" their approach to marketing for the balance of 2020.

The Critical Importance of "Unrealistic" Thinking 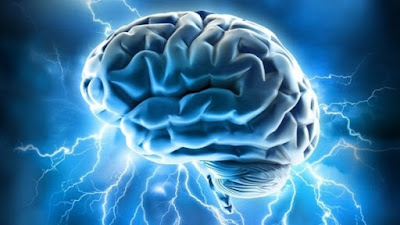 In 1960, Theodore Levitt wrote a landmark article for the Harvard Business Review titled, "Marketing Myopia." When it was republished in 2004, HBR editors said the article, "introduced the most influential marketing idea of the past half century."

In a quintessential passage in the article, Levitt explained the decline of railroads in terms that have become part of the fabric of business:

In essence, Levitt argued that railroads fell into decline because they remained tied to their past, while technological and other developments gave customers more effective ways to meet their transportation needs.

The tendency to stick with what's worked in the past even as the competitive environment changes is one of the biggest dangers facing business and marketing leaders. All types of companies design and implement business processes and develop a set of values in order to accomplish certain objectives and guide operations. Over time, these processes and values become part of a company's DNA.

When market, competitive, or technological conditions change, most business and marketing leaders usually respond by making incremental changes to their existing processes and values - even if the real solution is to do something new. As Don Peppers wrote a few years ago, ". . . we go to greater and greater lengths to preserve our traditional routines, until pretty soon we're crossing an entire ocean just to be able to do things the way we've always done them . . ."

The Need for Clean Slate Thinking

The most effective way to combat this dangerous tendency is to periodically analyze the market environment and fundamental business issues from the perspective of a new business. In other words, you need to step away from your existing strategies and practices and ask:  What would we do if we were starting our company from scratch in today's market environment? What would we do to maximize our chances for success given current market conditions?

Thinking this way is difficult because it doesn't come naturally to most of us. Plus, some people will question the value of this approach because it's inherently unrealistic. No existing business ever works with a truly clean slate; it always has resources, processes, and values that define what the business is and limit the actions it can take.

Nevertheless, this "unrealistic" way of thinking if vitally important because:


Don't Waste the Crisis
When Winston Churchill was working on the creation of the United Nations after World War II, he reportedly said, "Never let a good crisis go to waste."
The economic disruption caused by the coronavirus pandemic has been significant and painful for most companies and for most marketers. Many companies froze marketing spending a few weeks ago, and it's not yet clear how much spending will recover over the balance of this year. Regardless of spending levels, however, it is clear that the marketing environment will be fundamentally different for at least the next several months.
So as painful as the pandemic has been, marketing leaders should use it as a catalyst for rethinking their entire approach to marketing. Not everything will need to be changed - at least not permanently - but it's likely that some changes will need to be permanent.
Under these circumstances, the best way to chart an effective path forward is to reevaluate everything without being tied to your past.

Image courtesy of Affen Ajlfe (www.modup.net) via Flickr CC.
Posted by G. David Dodd at 4:21 AM No comments: