How to Win the War Against Marketing Silos 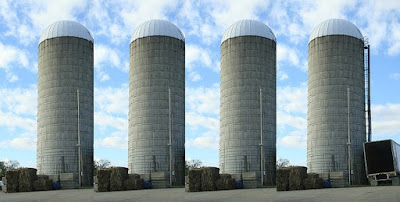 One of the biggest challenges facing B2B marketers is the growing complexity of the marketing landscape. The increased complexity has been driven primarily by the proliferation of communication channels, the need to develop and manage an increasing volume and variety of marketing content, and the expanding scope of marketing's responsibilities.

To deal with the increased complexity, marketing leaders have implemented a plethora of new technology tools and added new human skills to the marketing function. Unfortunately, this response has often led to the development of more silos in the marketing organization, which can make it harder to create and execute effective marketing programs in an increasingly omnichannel world.

In their haste to address the growing complexity, many marketing leaders haven't made needed changes in the structure of the marketing organization, or in the processes used to manage marketing operations. A recent report by Harvard Business Review Analytic Services described the fundamental problem in unequivocal terms:  "Enterprises are investing millions in new marketing tools to keep pace with customers in the digital age. But maximizing returns on these investments is often undermined by outdated marketing structures and approaches."

Managing a growing number of marketing specialists while avoiding the negatives of organizational silos is not an easy task, but marketing leaders can learn important lessons from Team of Teams:  New Rules of Engagement for a Complex World by General Stanley McChrystal (with co-authors Tantum Collins, David Silverman, and Chris Fussell).

The core problem was that organizational silos and bureaucratic management processes were preventing the Task Force from acting quickly enough to deal effectively with AQI. The Task Force included many small, specialized units or teams, each of which was very good at what it did. But, the training and culture that fostered a high level of trust and cohesiveness within each small team also contributed to a lack of trust and cohesiveness among teams. So the Task Force as a whole wasn't as effective as it needed to be.

General McChrystal and his leadership team recognized that they needed to scale the effectiveness of their small teams across the entire Task Force, and they took several steps to achieve this objective.

Task Force leaders recognized that every team in the Task Force needed to understand the overall mission, and also needed to be constantly aware of the current status of virtually all Task Force activities and operations. To accomplish this, Task Force leaders replaced the "need to know" mentality normally found in military organizations with information sharing on steroids.

They reconfigured their working spaces to encourage information sharing. All operations were run out of a large central room that had enough space for representatives of all the functional specialties of the Task Force, and for representatives from "partner" organizations such as the CIA. A wall of screens at the front of the room provided real-time information regarding Task Force operations. To further encourage collaboration, this entire room was designated as a "top secret" security space, which meant that almost any document or topic relevant to Task Force operations could be discussed and debated by anyone, anywhere in the room.

Even more important, Task Force leaders conducted a daily briefing that was designed to integrate everything the Task Force was doing with everything it knew. They also developed secure video conferencing capabilities that allowed personnel and representatives of partner organizations who were not in Iraq to participate in the briefings. In military organizations, these types of briefings are typically restricted to senior leaders. At some points, the Task Force invited thousands of individuals to attend the briefings, which shows how far Task Force leaders were prepared to go to encourage widespread information sharing.

Many B2B companies may not be able to reconfigure their physical working spaces to create a room large enough to accommodate the entire marketing team, but all companies can conduct regular meetings that are designed to keep everyone up to date on current marketing activities and plans, as well as any other factors that might impact marketing activities.

The frequency of these meetings should be based on the cadence of a company's marketing operations. The Task Force needed to conduct briefings on a daily basis, but some companies may find that weekly meetings work best, and others may decide that a monthly meeting is sufficient.

General McChrystal and his leadership team also realized that they needed to increase the level of trust among the specialized teams in the Task Force. Every team needed to have insight into how their peer teams functioned and how their work contributed to the success of the Task Force.

To accomplish this objective, Task Force leaders instituted an "embedding" program. Under this program, an individual from one team (say, for example, a SEAL squad) would be assigned to a different team (such as a team of intelligence analysts) for six months. The purpose of this program was to allow these individuals to see how the war looked from inside other teams and build personal relationships across teams.

Some B2B companies will probably find this type of embedding program challenging to implement, and in smaller companies, it may not be possible at all. When embedding isn't possible, the next-best alternative is to routinely create cross-functional teams to work on major marketing projects. This allows people from different marketing disciplines to form personal relationships, and it requires them to consider multiple perspectives when developing significant marketing programs.

There are some obvious parallels between the situation that confronted General McChrystal in Iraq and the challenges that today's B2B marketing leaders are facing. Marketing is becoming more specialized, while the need to deliver engaging and consistent customer experiences across multiple touch points on a near real-time basis has never been greater. The "team of teams" approach provides one effective way of accomplishing this objective.

Illustration courtesy of Doc Searls via Flickr CC.
Posted by G. David Dodd at 6:00 AM