How to Reinforce the Status Quo 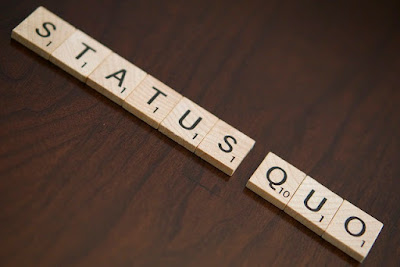 In an earlier post, I explained why companies need different marketing content for customer acquisition vs. customer retention. Put simply, when the objective is customer acquisition, your content needs to weaken the grip of the status quo and convince your prospects to make a change. When the goal is customer retention, the exact opposite is true. You need to emphasize the attractiveness of the status quo so that your customers won't want to make a change.

What Causes the Status Quo Bias?

Psychologists demonstrated the existence of the status quo bias in numerous experiments beginning in the 1980's. Since then, several psychologists and behavioral economists have attempted to identify the specific underlying cause or causes of the bias. So far, the evidence suggests that the status quo bias is largely a result of other biases in human decision making. For example:

How to Reinforce the Status Quo

Your marketing content and messaging can reinforce the status quo in several ways:
How to Make the Job Easier
The techniques described above can reinforce an attractive status quo, but they won't transform a bad status quo into a good one. Therefore, the key starting point for a successful customer retention effort is to provide customers - particularly new customers - information, insights, and assistance that will help them maximize the value they obtain from your solution and from their relationship with your company.
This approach - which is often called customer success management - has been widely adopted by software companies that offer their solutions on a subscription basis, and it is becoming more popular in other types of B2B companies, as business and marketing leaders increasingly recognize the value of long-term customer relationships. The bottom line is, it's much easier to reinforce the status quo when you have happy customers who are deriving great value from your solution.

Image courtesy of Nichole Burrows via Flickr CC.
Posted by G. David Dodd at 5:06 AM