Why "Handle With Care" Should Be the Watchword for A.I. in Marketing 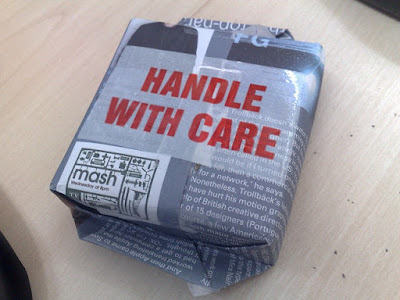 Artificial intelligence has been one of the hottest topics in B2B marketing in 2017. The hype surrounding A.I. and related topics, such as machine learning and predictive analytics, has been almost deafening. Many industry pundits are asserting that A.I. is already revolutionizing the practice of B2B marketing.

Syzygy (a WPP digital agency group) recently published the results of an August 2017 survey that was designed to uncover the attitudes of American consumers about artificial intelligence. This survey generated 2,000 responses from individuals in the US, with equal participation by men and women. The respondents were equally split among Millennials, Generation X, and Baby Boomers.

For this study, Syzygy defined artificial intelligence as "technology that behaves intelligently, using skills we normally associate with human intelligence, including the ability to hold conversations, learn, reason and solve problems."

Syzygy found that US consumers have a broad range of feelings - both positive and negative - about artificial intelligence. When survey participants were asked how they feel when they think about A.I., the top four feelings identified were:


When Syzygy asked survey participants to describe how positive or negative their feelings are about A.I., the results show that strong feelings are the exception, not the rule. Eighty-six percent of respondents described their feelings as neutral, mildly positive, or mildly negative.

Syzygy also asked survey participants several specific questions about the use of artificial intelligence for marketing purposes. The good news for marketers is that over two-thirds of Americans are open to companies using A.I. to communicate with and serve them. However, the study also revealed attitudes that should concern marketers. For example:
The lesson from this research is that marketers should approach the use of A.I. cautiously and be sensitive to the skepticism and concern it can create. Marketers will need to stress the benefits and value that A.I.-powered applications can produce for customers, and above all else, they must be open and transparent about how they are using artificial intelligence in their marketing efforts.

Image courtesy of James Whatley via Flickr CC.
Posted by G. David Dodd at 5:49 AM