Does Your Content Create the Right Kind of Halo? 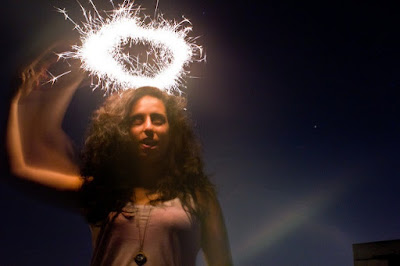 If you've ever sold a house, you've probably heard about curb appeal. Curb appeal is the visual attractiveness of a house as seen from the street, and it is what creates the first impression of a house in the minds of potential buyers. Real estate professionals know that curb appeal plays a huge role in determining how quickly a house will sell and what its selling price will be.

The halo effect can be found in a wide range of human judgments. For example:


Daniel Kahneman, a winner of the Nobel Prize for economics, shared a first-hand experience with the halo effect in his best-selling book Thinking, Fast and Slow. Kahneman wrote that when he was a young professor, he graded essay exams by reading all of the essays written by each student in immediate succession, grading them as he went. When finished, he would compute the overall final grade and move on to the next student.
Kahneman eventually noticed that his evaluations of each student's essays were usually similar. He began to suspect that his grading exhibited a halo effect and that the first essay he read had a disproportionate effect on each student's overall grade. In essence, if he gave a high score to the first essay, he was likely to be more lenient in scoring the rest of the essays.
So, if a student had written two essays - one strong and one weak - Kahneman would award different final grades, depending on which essay he read first. As Kahneman wrote, "I had told the students that the two essays had equal weight, but that was not true:  the first one had a much greater impact on the final grade than the second."
As a B2B marketer, it's important to recognize that every content resource you publish will produce a halo effect - either good or bad - if it constitutes the first interaction that a potential buyer has with your company. So you can benefit from the halo effect if you consistently produce valuable and credible content that creates a great first impression with potential buyers.
Image courtesy of Michael Dougherty via Flickr CC.
Posted by G. David Dodd at 6:31 AM