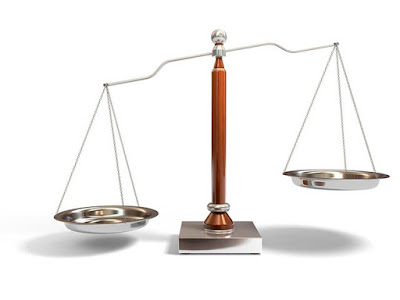 During the Cold War, U.S. Army leaders in Europe faced a disconcerting situation. Their mission was to defend NATO member nations in the event of an attack by the Soviet-led Warsaw Pact. The problem was, U.S./NATO ground forces were greatly outnumbered. During this period, Soviet army doctrine was to throw wave after wave of forces at defenders until they were overcome, and U.S. military leaders weren't confident they could win that kind of war.

To address this problem, the U.S. Army developed a warfighting doctrine that reintroduced the idea of depth to the battlefield. Under this doctrine, U.S./NATO forces would extend the battlefield deep on the enemy's side of the front lines and attack rear-echelon forces, while simultaneously engaging front-line forces. The objective was to break up the enemy's momentum and deplete enemy forces before they can get into the main fight. The principle of fighting close and deep at the same time remains a basic tenet of U.S. Army operational doctrine.

Some of you may be wondering what this brief foray into military history has to do with revenue growth. Quite a bit, actually. To generate consistent revenue growth over an extended period of time, business and marketing leaders must design and execute their activities so as to maximize performance in the present (fighting close), while simultaneously investing in activities and capabilities that will lay the foundation for success in the future (fighting deep).

In many ways, this challenge comes down to a question of resource allocation. Regardless of company size, the available resources are rarely sufficient to enable senior business leaders to do everything they'd like to do. Therefore, resource allocation is an intrinsic part of every significant business decision, and the challenge for senior company leaders is to spend their finite resources on those activities and capabilities that will produce maximum results.

Deciding where and how to invest finite business resources has never been simple or easy, but these decisions have become more complex because today's business leaders have more options and more factors to consider then ever before. Resource allocation decisions are made even more complicated by the need to address both current and longer-term needs. As Jack Welch, the former Chairman and CEO of GE once said, "You've got to eat while you dream. You've got to deliver on short-term commitments, while you develop a long-range strategy and vision and execute it."

Fortunately, there's a good rule of thumb called the "70-20-10 rule" that business leaders can use to address the current vs. future aspect of the resource allocation challenge. The 70-20-10 rule has been used for a variety of business purposes. For example, Google has reportedly used it to manage the innovation process, and Coca Cola has reportedly used a version of the rule to guide marketing investment decisions.

The marketing version of the 70-20-10 rule says that about 70% of your marketing resources should be devoted to capabilities and programs with a proven track record of acceptable performance. These will include marketing channels, techniques, and technologies that your company is currently using successfully.

The 70-20-10 rule does not mean that companies should simply "keep on doing what we're already doing." It means that marketers should evaluate how well their "bread and butter" programs are performing and continue to invest in those that are delivering acceptable results.

The primary goal of these capabilities and programs is to drive incremental performance improvements in the present and over the near-term future.

Investments in this category are not quite as safe as those in the 70% group, but they often relate to capabilities or technologies that will become critical to your success in the near-term future.

The remaining 10% of your marketing resources should be invested in truly new capabilities and techniques that have just emerged on the scene. Obviously, these are high-risk investments that aren't likely to produce short-term benefits.

For small and mid-size companies, the investments in this category may consist primarily of learning about the new techniques or capabilities - e.g. sending members of the marketing team to conferences or other educational events. Larger companies may also decide to launch small pilot programs to experiment with a new capability or technique.

As with other rules of thumb, marketers should view the 70-20-10 rule as a general guide rather than a precise prescription. The specific percentages in the rule may not be appropriate for every business in every competitive situation. The benefit of the rule is that it leads marketers to give appropriate consideration to both current and future needs and thus increases the odds of successfully producing consistent revenue growth.

How to Identify Revenue Growth Opportunities

How to Address the Growth Challenge
Posted by G. David Dodd at 5:32 AM