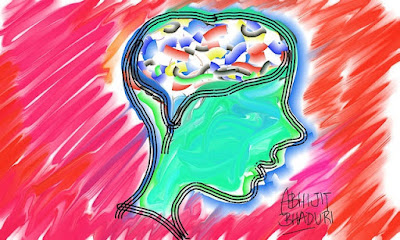 It's now clear that human decision making is usually a mix of rational and non-rational components. The recognition of this fact began to emerge in the 1950's when leading behavioral scientists started challenging the concept of human rationality that had dominated mainstream economics for decades. The work of these scientists laid the foundation for a new discipline that would later be called behavioral economics.

In 2008, two books - Predictably Irrational by Dan Ariely and Nudge by Richard Thaler and Cass Sunstein - raised public awareness of behavioral economics and put it on the radar screens of business and marketing leaders.

In reality, marketers have been using principles of the behavioral sciences for years, albeit largely unwittingly. As a 2010 article by McKinsey put it, "Long before behavioral economics had a name, marketers were using it."

A paper recently published by Google provides several fresh insights about how people make buying decisions. Decoding Decisions:  Making Sense of the Messy Middle is based on research conducted by Google in association with The Behavioural Architects, a research and consulting firm that specializes in the application of behavioral science to marketing.

Based on this research, Google and The Behavioural Architects developed a new model of the consumer buying process, which I described in my last post. The research also tested the influence of six heuristics and cognitive biases on buying decisions.

Heuristics are cognitive shortcuts or "rules of thumb" that humans use to simplify decision making. The use of heuristics enable us to reduce the mental effort required to make decisions. Behavioral scientists generally agree that heuristics can work reasonably well most of the time. However, the use of heuristics will also sometimes result in cognitive biases, which are decisions that deviate from what pure logic would indicate is more desirable.

Google and The Behavioural Architects evaluated the impact of six heuristics and biases on consumer buying decisions. The researchers observed 310,000 simulated purchase scenarios across 31 product categories. Each purchase scenario involved 1,000 participants who were asked to research a product they were actually in the market for.

Two of the six heuristics/biases tested in this study are particularly important for B2B marketers.

The most powerful heuristic identified in this study was social proof, which can be defined as our tendency to rely on the opinions and actions of other people when we're faced with a decision that involves ambiguity or uncertainty. In this study, social proof had the largest or second-largest effect in 28 of the 31 product categories tested.

While the Google research focused on consumer decision making, we also see evidence of social proof in the B2B space. For example, in a 2019 survey of technology buyers by TrustRadius, 52% of the respondents said they consult user reviews in their buying process, and they rated the trustworthiness of user reviews, on average, at 3.21 on a 4-point scale. In the 2020 Content Preferences Study by Demand Gen Report, 49% of the survey respondents reported they are using review sites to source information.

Authority bias is the tendency of humans to rely on the opinions of individuals or firms that are viewed as authorities on a given subject. Google and The Behavioural Architects found that the authority bias was impactful in consumer buying decisions, although not quite as impactful as social proof. The authority bias was particularly strong in circumstances where consumers were less familiar with the product being researched.

We also see the authority bias at work in the B2B space. In the TrustRadius survey, 29% of the respondents said they used third-party publications in their buying process, and 24% reported using analyst reports. In the Demand Gen Report study, survey respondents rated content authored by a third-party publication or analyst as the type of content they give greatest credence to when evaluating a prospective purchase.

The other four heuristics/biases evaluated in the Google research were:

These four heuristics and biases can also affect B2B buying decisions, although their impact is probably not as broad or significant as social proof and authority bias.
What B2B marketers should take from the research by Google and The Behavioural Architects is that understanding human decision making is essential for improving marketing performance.
Illustration courtesy of Abhijit Bhadurl via Flickr CC.
Posted by G. David Dodd at 3:19 AM