[Deep Dive] An Updated Outlook for the U.S. Economy 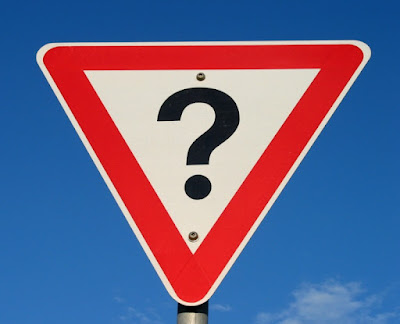 After enduring two years of pandemic-induced tumult, most marketers undoubtedly hoped that 2022 would provide benign and predictable business conditions. As I am writing this in April, it's clear that marketers' hope hasn't been fully realized. If anything, business conditions have recently become less predictable, and that makes the job of marketing leaders more challenging.

Last November when I wrote about the outlook for the U.S. economy in 2022, most forecasters were predicting that the economy would experience above-average growth, declining unemployment and relatively robust consumer spending and business investment.

Fast forward to the present, and it's clear that uncertainty about the direction of the economy over the next several months has increased sharply. Inflation has already risen to its highest level in more than 40 years, driven by continuing supply chain disruptions, the rapid increase of energy and other commodity prices, and higher labor costs. The economic sanctions imposed on Russia by the United States and many other countries in response to Russia's invasion of Ukraine will only add to inflationary pressures.

In response to the high level of inflation, the Federal Reserve raised the federal funds interest rate 0.25% at its meeting on March 15-16, and Federal Reserve Chairman Jerome Powell has indicated that this is likely to be the first of several rate increases this year.

In addition, COVID-19 hasn't disappeared, and if a new virus variant emerges that can evade vaccine-based or natural immunity, we could face another wave of disease that could depress economic activity.

These factors could have significant impacts on the performance of the economy over the rest of 2022, but it's impossible to know at this point how significant those impacts might be.

This heightened uncertainty makes in incredibly difficult to predict how economic conditions will evolve over the next several months. Under these circumstances, marketing leaders need to analyze economic conditions more frequently than usual and be prepared to adapt their marketing plans as the economic picture becomes clearer.

What's Next for the Economy?

Despite the increased level of economic uncertainty, it's possible to identify the broad economic trends that are likely to prevail over the remainder of 2022.

Most economic forecasters now expect the economy to grow at an above-average rate in 2022, although at a slower pace than in 2021. U.S. real (inflation-adjusted) GDP grew 5.7% in 2021 according to the Bureau of Economic Analysis.

Last month, U.S. Federal Reserve Board members and Federal Reserve Bank presidents predicted that real GDP will increase 2.8% in 2022 (median of individual forecasts). In their December 2021 forecast, this group had predicted real GDP growth of 4.0% this year.

Earlier this month, The Conference Board estimated that real GDP will grow 3.0% in 2022, and several Wall Street economists tracked by CNBC and Moody's Analytics are predicting real GDP growth of 3.2% this year (average of individual forecasts).

To put these forecasts in perspective, many economists believe the maximum sustainable growth rate of the U.S. economy (as measured by real GDP) is approximately 2%.

The U.S. unemployment rate has fallen dramatically from its pandemic high of 14.7% in April 2020, and last month it stood at 3.6% according to the Bureau of Labor Statistics.

Consumer spending is one of the main sources of the uncertainty surrounding the direction of the economy over the next several months. Spending by consumers typically represents about two-thirds of the total economy. Therefore, economic growth is largely dependent on the health of consumer spending.

Recent consumer sentiment data indicate that U.S. consumers have become deeply pessimistic about the state of the economy. Last month, consumer sentiment fell to its lowest level since the beginning of the COVID-19 pandemic according to the University of Michigan's Index of Consumer Sentiment.

This consumer survey data also revealed that consumers have become extremely pessimistic about future economic conditions. The "expectations" component of the Index of Consumer Sentiment fell to 54.3 last month - the most pessimistic reading in more than 10 years.

The Michigan consumer research showed that inflation concerns are primarily responsible for the high levels of consumer pessimism. The critical economic issue is whether the negative consumer sentiment will result in a major contraction in consumer spending. So far, that hasn't happened, but if it occurs, economic growth in 2022 could be substantially slower than most forecasters currently expect.

Business Investment Will Be Less Robust

Earlier this month, for example, The Conference Board estimated that "nonresidential investment" will increase 4.6% in 2022, and in March, Deloitte predicted that "real fixed business investment" will grow 3.0% this year.

Inflation Will Be High for Some Time

The future path of inflation, and the repercussions of the Federal Reserve's actions to bring inflation under control are the greatest sources of uncertainty about the performance of the economy over the balance of 2022 and into 2023.

Inflation concerns have been growing for some time, and the war in Ukraine exacerbated those concerns. The March inflation data from the Bureau of Labor Statistics confirmed that inflation is a serious economic challenge. For the 12 months ending in March, two key measures of inflation registered very high readings.

In addition, for the 12 months ending in March, average hourly earnings have increased 5.6% according to the Bureau of Labor Statistics.
As noted earlier, the Federal Reserve Open Market Committee (FOMC) raised the federal funds interest rate by 0.25% at its March meeting, and the FOMC has signaled that it is likely to raise interest rates several more times this year.
At his press conference following the March meeting, Federal Reserve Chairman Jerome Powell said, "The economy is strong, and against the backdrop of an extremely tight labor market and high inflation, the {FOMC] anticipates that ongoing increases in the . . . federal funds rate will be appropriate."
The major uncertainty is whether the Federal Reserve will be able to engineer a "soft landing" for the economy. Can it slow the economy enough to bring inflation under control without triggering an economic recession? Many economists and financial professionals now believe the risk of recession later this year or next year has increased because of the Federal Reserve's tighter monetary policy, although most are not predicting that a recession will occur.
What Marketers Can Do
The high level of economic uncertainty that is likely to exist over the next several months makes it difficult for marketing leaders to design programs that will fit the prevailing economic and business conditions. To succeed in this uncertain environment, marketing leaders need to use a more agile approach to marketing planning. Here are three key components of an effective planning methodology.
Be Skeptical of Forecasts
Marketing leaders shouldn't place too much reliance on economic forecasts, even relatively short-term forecasts. Under normal circumstances, the forecasts discussed in this article would be reasonably accurate and stable. However, increased uncertainty makes even these forecasts less dependable.
When uncertainty is high, marketing leaders need to stay even more attuned to changes in the economic environment. The key is to frequently review economic data and look for emerging trends that may impact their company's business. Most of the official economic reports referenced in this article are published on a monthly basis, and marketing leaders must pay particular attention to these economic updates and be prepared to adjust their plans if necessary.
Assess Company-Specific Business Conditions
Changes in macroeconomic conditions don't affect all businesses equally. As we saw during the early stages of the pandemic, companies in some industries (e.g. hospitality and travel) suffered severe economic losses, while other companies (e.g. Amazon) saw their revenue and profits grow substantially.
Therefore, it's essential for marketing leaders to base their future plans on a thorough assessment of the business conditions their company is likely to be facing over the next several months. The centerpiece of this assessment should be a forecast of the revenue the company can potentially earn in the remaining quarters of 2022.
It's also critical to update these forecasts on a regular basis. More specifically, the "final" forecast for each quarter should be completed as early as possible in the preceding quarter. So, for example, marketing leaders should be focused now on developing their final revenue forecast for the third quarter of 2022, and their objective should be to finalize their forecast for the fourth quarter in July or August.
Use Quarterly Marketing Plans
In the not-too-distant past, many marketing leaders developed their plans on an annual basis. Given the current economic uncertainty, marketing leaders should plan their programs and spending in quarterly increments. By using this approach, they can better align their marketing efforts with the business conditions their company will be experiencing.
This doesn't mean that marketing leaders should develop plans from scratch for each remaining quarter of 2022. What they should do is to develop tentative plans for the final two quarters of this year based on preliminary revenue forecasts. Then, as each quarterly forecast is finalized, they can adjust their quarterly marketing plan to align with the final revenue forecast.