How to Persuade Prospects to Leave the Status Quo 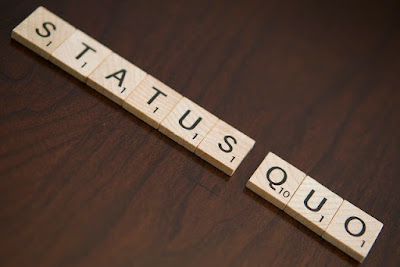 Most B2B marketing and sales professionals recognize that their more formidable competitor is usually the status quo. The grip of the status quo can result in longer sales cycles, stalled deals, and the dreaded "no decision."

Persuading prospects to move away from their status quo is a significant challenge, and there is no "silver bullet" technique or tactic that will work with every prospect. However, recent research by Corporate Visions has identified a messaging framework that can improve your odds of defeating the status quo.

Corporate Visions (in association with Dr. Nick Lee, a professor of marketing at the Warwick Business School) designed an experiment to test what type of messaging is most effective at persuading business executives to move forward with a purchase. Corporate Visions discussed the experiment and the results in a very interesting report, but here's a brief description of how the experiment worked.

Emphasizing unconsidered needs is a effective way to loosen the grip of the status quo for two reasons. First, it makes the potential buyer think about a problem or threat that he or she had not previously considered. But more importantly, unconsidered needs tap into the inherent human desire to avoid losses.
In the late 1970's, research by psychologists Daniel Kahneman (who later won a Nobel Prize in economics) and Amos Tversky established three core principles of human decision-making:
Unconsidered needs are effective for breaking the grip of the status quo because they enable us to frame the flaws or weaknesses of the prospect's status quo as losses that are immediate, significant, and, most importantly, certain. When prospects recognize the reality of these losses, they become more willing to consider change.

Image courtesy of Nichole Burrows via Flickr CC.
Posted by G. David Dodd at 4:49 AM