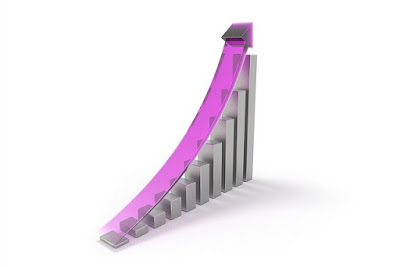 The need for a new approach to managing revenue generation and growth has been driven by the convergence of several competitive forces, including:

Meanwhile, the leaders of most B2B companies are under persistent and growing pressures to produce organic revenue growth that is consistent, predictable, and sustainable. To meet this challenge, a growing number of B2B companies have changed how they manage the business activities and processes that impact revenue generation.

The Rise of the Chief Revenue Officer
Some companies have responded to the growth challenge by creating a new C-level position - usually called the chief revenue officer - to manage revenue generating activities. The specific duties of the chief revenue officer, and the scope of his or her authority vary across companies, but the CRO is usually tasked with managing most or all of the company's revenue-related functions.
This would typically include marketing, sales/business development, direct outside sales, channel sales, and customer success/customer service. So, a high-level organizational chart for a typical CRO function would look something like the following:

Until recently, chief revenue officers have largely been a Silicon Valley phenomenon. Most of the early adopters of the CRO role were startup or early-stage SaaS companies. As far as I can tell, there are no reliable estimates of how many (and what kinds of) companies now have a CRO. However, a Google search yesterday - limited to the preceding year - produced about 68,000 results for the term "chief revenue officer." Most of the search results were announcements regarding the hiring of a first-time or new CRO, and most of these announcements were by technology companies.

It appears, therefore, that most CRO's can still be found in technology companies, although it also appears that the use of CRO's is beginning to expand beyond the technology sector. 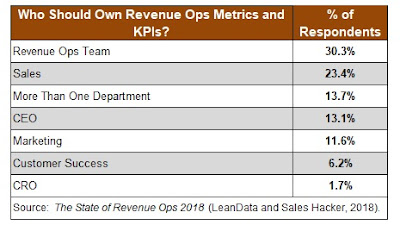 Form Follows Function
The architect Louis Sullivan wrote that "form ever follows function," meaning that the shape of a building should be primarily based on its intended function or purpose. When companies create a chief revenue officer position or a revenue operations team, they are attempting to make the "shape" of their organization reflect the realities of modern revenue generation. Therefore, these approaches represent an important step in the right direction, and the use of both approaches is likely to grow.