New Insights from The CMO Survey on Major Marketing Trends 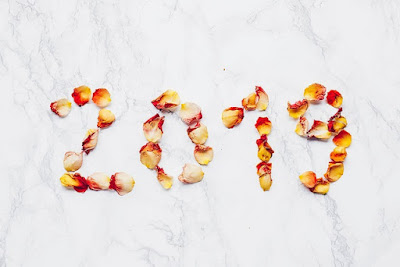 With the beginning of the fourth quarter less than a month away, many B2B companies have already started planning for 2019. Over the next several weeks, marketing leaders will be evaluating how well their existing marketing programs have performed and developing plans for the coming year.

To plan effectively for 2019, marketing leaders need a solid understanding for the overall economic and competitive environment and the major trends impacting B2B marketing. The CMO Survey is a valuable resource for information regarding these important issues. The CMO Survey is a joint effort of Duke University's Fuqua School of Business, the American Marketing Association, and Deloitte. The primary objective of the survey is to capture the opinions of senior marketers about important trends in marketing spending and practices.

The August 2018 edition of The CMO Survey generated responses from 324 senior marketing executives at U.S. companies. Two-thirds of the respondents (66.0%) were affiliated with B2B companies. What follows is a brief description of some of the major findings from the latest survey. Unless otherwise indicated, the survey results discussed in this post are based exclusively on the responses of B2B marketers.

View of the Economy

Note:  Both the Federal Reserve and the Conference Board have recently estimated that real GDP growth in 2019 is likely to be between 2.0% and 2.5%, which most economists would consider good, but not great. So, the level of optimism expressed by the survey respondents seems to be about right.

The CMO Survey also asked survey participants to rate the importance of five "drivers" of future organic growth in their business. The following chart shows the percentage of respondents who rated each driver as the most important. As the chart shows, a plurality of respondents ranked having the right talent as the most important driver of future growth. 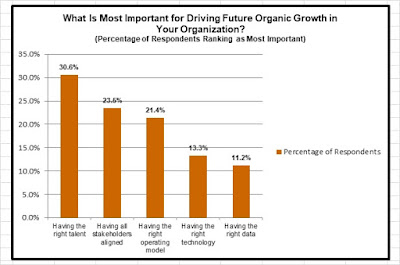 What is interesting about these responses is that having the right technology received only the fourth highest number of first-place votes (out of five possible choices). So in spite of all the hype that now surrounds marketing technology, it appears that marketing leaders understand that while technology is undeniably important, other factors play an even more significant role in driving growth. In fact, when both first-place and second-place votes are considered, having the right technology still ranks fourth.

The latest survey also shows that marketers expect their spending on social media and mobile marketing to increase rapidly, even though they do not currently see those tactics/channels as having a major impact on company performance.

Another aspect of marketing spending that looks similar to social media and mobile marketing is marketing analytics. Survey respondents expect spending on marketing analytics to increase from a little over 6% of the marketing budget today to about 19% of the budget by 2021. It appears, however, that marketers are still challenged to maximize the potential value of analytics.

When survey participants were asked, "In what percent of projects does your company use available or requested marketing analytics before a decision is made?" respondents from B2B product companies reported about 32% of projects, and respondents from B2B services companies said about 29% of projects. In addition, fewer than 20% of respondents reported that the use of analytics made a significant contribution to company performance (a 6 or 7 rating on a 7-point scale). This suggests that being "data-driven" remains more of an aspiration than a reality for many marketers.

Top image courtesy of Marco Verch via Flickr CC.
Posted by G. David Dodd at 5:14 AM