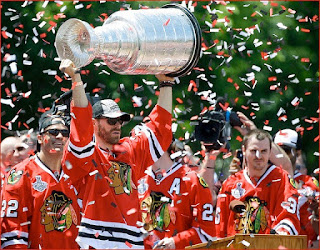 A recent survey by B2B Marketing and The Mx Group identified several differences between top-performing and poorly-performing B2B marketers. Not surprisingly, the research revealed that the best-performing marketing organizations excel at maintaining accurate data and integrating data systems, fully leveraging technology, and closely aligning with sales.

This survey included respondents working in a range of industries, with technology (27%), professional services (16%), and industrial/manufacturing/engineering (13%) being the largest segments represented. Eighty-eight percent of the respondents were located in the U.S. or the U.K., and 83% were CEOs, CMOs/VPs of marketing, directors of marketing, marketing managers, or marketing executives. 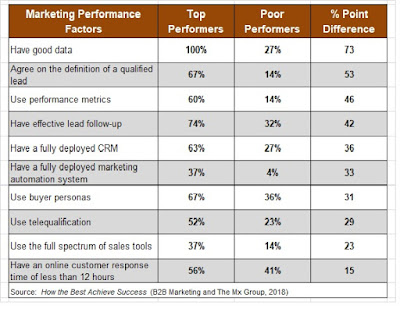 It does, however, include overall response data regarding two important issues. First, only 31% of all survey respondents said they have fully deployed their marketing automation system. I would have expected this percentage to be higher by now, given that B2B marketing automation is a relatively mature technology category.

But other recent research has produced similar results. For example, in the 2019 Data-Driven Marketing & Advertising Outlook study conducted by Adweek Branded on behalf of Dun & Bradstreet, only 26% of surveyed B2B marketers said they use the "advanced functions" of their marketing automation platform. Another 31% of the survey respondents said they only use the "basic functions" of their marketing automation system.

The other somewhat surprising finding in the B2B Marketing/Mx Group survey relates to marketing-sales alignment. The survey report states that most of the surveyed marketers claim success at aligning with sales. However, specific survey findings raise some doubt about the accuracy of this perception.

This finding is particularly concerning, given the undeniable need to have sales and marketing teams work collaboratively to maximize profitable growth. Obviously, effective marketing-sales alignment requires much more than a shared definition of a qualified lead, but that is one of the essential building blocks.

It's increasingly difficult to understand why marketing-sales alignment is still such a seemingly difficult challenge for many B2B companies. The need for better alignment and closer collaboration between the two functions is clear and unambiguous. And one thing is certain. In today's B2B demand generation environment, the lack of effective alignment and meaningful collaboration between marketing and sales is both intolerable and inexcusable.

Top image courtesy of Ron Cogswell via Flickr CC.
Posted by G. David Dodd at 4:06 AM