Where Account-Based Marketing Stands in 2018 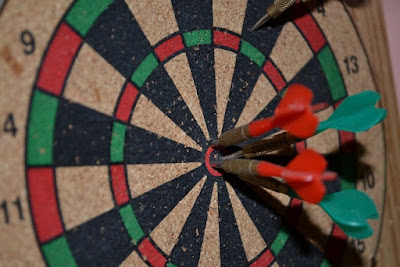 Account-based marketing was one of the most significant trends in B2B marketing in 2018. It has been the primary focus of numerous conferences and webinars, and the subject of dozens of articles and blog posts. ABM was also addressed in several research studies during 2018, and with less than two  months remaining in the year, I think it's appropriate to look at where ABM stands, as revealed by the 2018 research findings.

With a few exceptions, the research findings show that ABM has been adopted by a majority of B2B companies. For example:


ABM Maturity
The research also shows that most companies are still in the early stages of using ABM. For example:
ROI from ABM
The 2018 research revealed a widespread perception that ABM produces a better return on investment than other approaches to marketing. For example:
ABM and Traditional Demand Generation
Most companies appear to be using a combination of ABM and "traditional" demand generation marketing.
ABM Budgets
The 2018 research reveals that companies are committing significant financial resources to their ABM efforts. For example:
Emerging Trends in 2018
One of the emerging trends in ABM this year appears to be that a growing number of companies are implementing more than one "variety" of account-based marketing. Most ABM thought leaders and experienced practitioners recognize three types of ABM - one-to-one, one-to-few, and one-to-many. In the ITSMA/ABM Leadership Alliance 2018 ABM Benchmark Study, 46% of the survey respondents reported using more than one type of ABM, up from 35% in the 2017 edition of the study.
In addition, this research found that one-to-few ABM has become the most popular type of ABM. In the 2018 study, 60% of the survey respondents reported using one-to-few ABM, compared to 56% using one-to-one ABM, and 52% using one-to-many ABM.

Earlier this year, Gartner argued that the term "content marketing" will soon become obsolete. I believe something similar may happen with account-based marketing, although the process isn't likely to be completed next year.

More specifically, I think the lines between one-to-few/one-to-many ABM and "traditional" demand generation will continue to blur, and that these forms of ABM will become just "the way marketing is done" by many B2B companies. The exception - if there is one - will be companies that focus on very broad markets (such as, for example, SMBs or a combination of SMBs and consumers).

I would also suggest that one-to-one ABM will be assimilated into the larger practice of strategic account management, and that ABM marketers will function as members of account management teams that also include representatives from sales, business development, and customer success/customer service.

Image courtesy of Richard Matthews via Flickr CC.
Posted by G. David Dodd at 3:36 AM