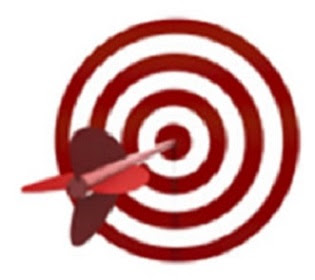 SiriusDecisions recently published an e-book that describes some of the major findings from its 2019 State of Account-Based Marketing Study. The 2019 study involved 120 "ABM leaders" drawn from several industries. Forty-two percent of the study respondents had been running "full" ABM programs for more than a year, while 58% were still running pilot programs.

The SiriusDecisions study provides several useful insights about real-world ABM strategies and practices. I found three of the study findings to be particularly interesting, and here are the "headline" versions of those findings:


Let's look a little closer at these findings.
Varieties of ABM
SiriusDecisions recognizes three types of ABM:
The most popular variety of ABM used by participants in the 2019 study was named-account ABM (60% of participants). Fifty-six percent of the study participants said they are using industry/segment ABM, and 54% reported using large-account ABM.
These results closely resemble the findings of the 2018 ABM Benchmark Study by ITSMA and the ABM Leadership Alliance (the "ITSMA study"). ITSMA also recognizes three forms of ABM, and although the ITSMA model doesn't match up exactly with the SiriusDecisions framework, it is similar.
In the ITSMA study, 60% of the participants reported using one-to-few ABM, which is similar to named-account and industry/segment ABM in the SiriusDecisions framework. Fifty-six percent of the participants said they were using one-to-one ABM, which is virtually identical to large-account ABM in the SiriusDecisions model.
The SiriusDecisions e-book states that many companies are using more than one type of ABM, and the ITSMA study confirms that many businesses are using a blended ABM strategy. Forty-six percent of the participants in the ITSMA study reported using more than one variety of ABM.
Successful ABM Requires a Significant Investment
Both the SiriusDecisions study and the ITSMA study found that successful ABM programs require a substantial financial commitment. As noted earlier, the SiriusDecisions study found that the average annual budget for mature ABM programs is about $620,000.
The ITSMA study reported similar levels of financial investment, although it used a somewhat different approach.
It's important to keep in mind that these budgetary numbers are averages. As SiriusDecisions wrote in the e-book, "ABM budgets vary widely depending on organization size, from small organizations running ABM pilots on less than $100,000 . . . to multibillion-dollar enterprises with ABM budgets up to several million dollars."
The Human Touch Matters in ABM
One of the most interesting findings in the SiriusDecisions study relates to the importance of the human touch in successful ABM. SiriusDecisions asked study participants what types of content they are using with ABM accounts, how that content is delivered, and how effective each type of content and each method of delivery is.
Study respondents identified four content delivery mechanisms that are above average in both usage and effectiveness. All four of these mechanisms - executive briefings, in-person sales interactions, company-hosted events, and industry events - are human-based mechanisms.
This finding shouldn't be surprising. Despite all of the advances in communication technologies, human-to-human interactions still provide the best way to achieve rich communication and understanding. At its core, ABM is a marketing strategy that focuses primarily on a relatively small number of high-value customers and prospects. So it's understandable that ABM leaders rely on human-to-human interactions and believe they are highly effective.

Image courtesy of Missy Schmidt via Flickr CC.
Posted by G. David Dodd at 5:39 AM